Back to Tour Artists
Jump to Spotlight

Suzzette O’Dell, a California native, has been a craftsperson for over 25 years. Inspired by her German and Mexican heritage, she found herself drawn into the arts at an early age.

Suz spent five years living in Heidelberg, Germany, studying photography, and traveling to other countries with her camera. In the early 80s she began working as a professional photographer in California’s film and commercial industries and spent over 12 years as a freelance photographer, production manager and producer. Prior to photography, Suz owned and operated Captain Cook Glassworks, an art glass studio in Kona, Hawaii.

In the early 90s, Suz continued her pursuit of the arts by studying Lapidary (the art of gem cutting) at Galileo Gem Guild, as well as Metalsmithing at the Sharon Arts Studio in San Francisco, California. She continues to expand her knowledge and satisfy her curiosity about the rich array of our planet’s gemstones.

Suz carefully embellishes the sterling by texturing and hand stamping the metal to create a surface resonating with the primordial spirit of the ancients. This is the foundation for the hand-lapped gemstones she uses in her work. Selected for rich color, clarity, and their magical energies, the gemstones are set into the worked metal… creating a limited studio line and one-of-a-kind works.

Since the dawn of time, ancient and modern cultures believed that gemstones fabricated in the very belly of the earth embody healing and magical properties. Gemstones are among the Earth’s oldest creations. Suz believes gemstones have retained traces of powerful energies left over from long ago.

Her exquisite touch both honors and mirrors the primitive. The works of her handcrafted jewelry emanate a design aesthetic that is both contemporary and timeless.

Sample art below. Contact the artist for pricing, details, and availability. 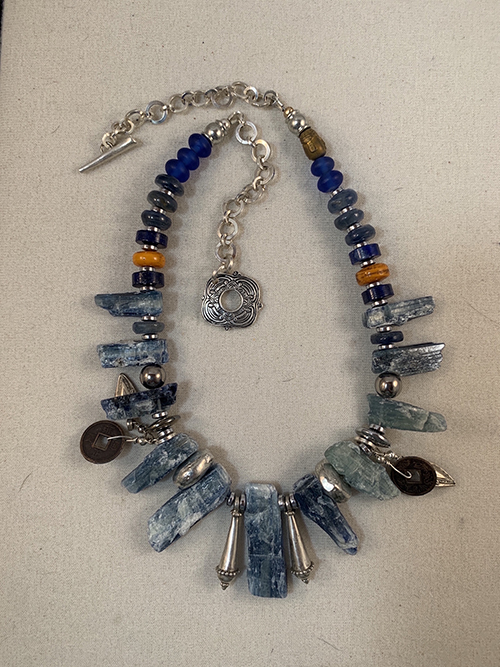 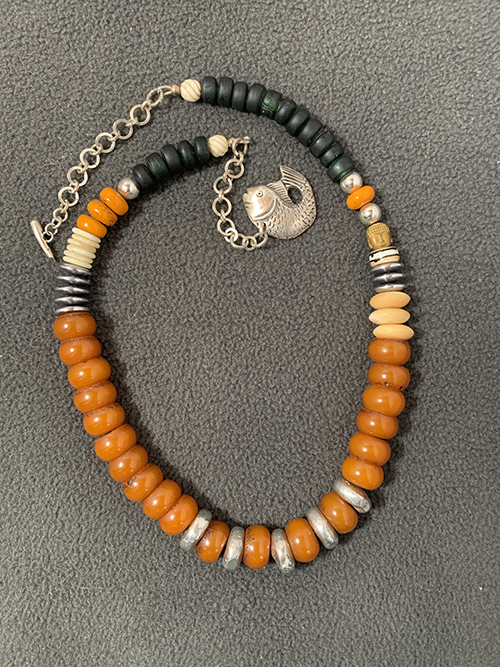 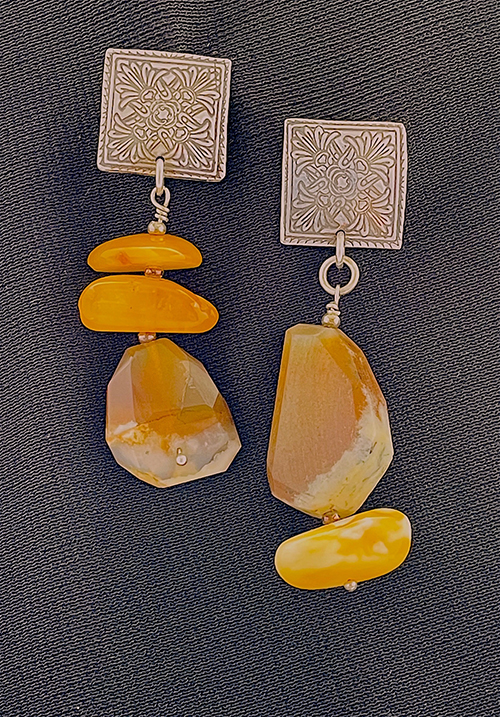